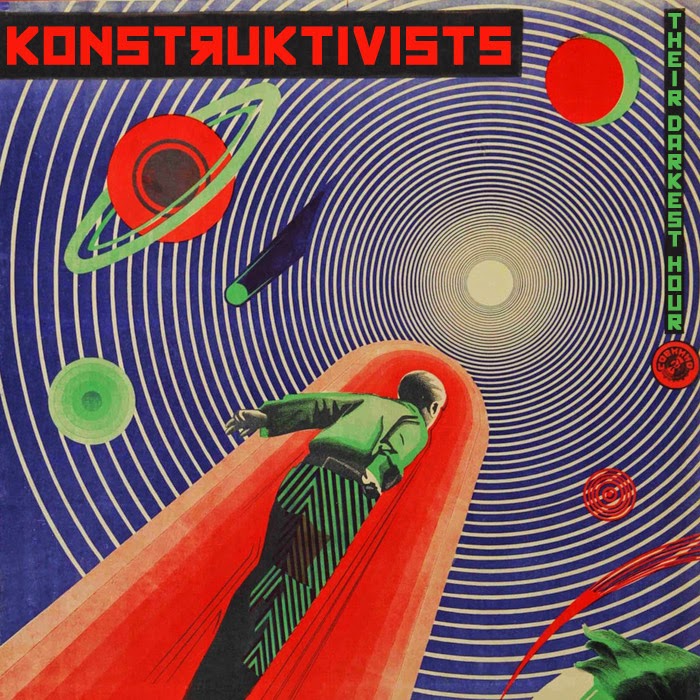 A few years ago I was in a band called Konstruktivitsts, famously or semi-famously instigated by Glenn Wallis, one time Whitehouse ivory tickler and Throbbing Gristle bag carrier. We recorded one album whilst I was in the band, although my favourite stuff emerged from sessions prior to that, just Glenn and myself at his house in Norwich hammering out a few ideas directly onto his portastudio. Happily Monsieur Y, which was one of these tracks, has resurfaced on a new collection of previously unreleased material from Glenn and Mark. Their Darkest Hour, as the collection is called, is free to download from the Konstruktivists' bandcamp page. Whilst I'm blowing this particular trumpet, you may be interested to know that the cover painting for Konstruktivists' Black December - as originally released on lovely vinyl back in 1984 - is one of mine, and Psykho Genetika - also available from the aforelinked bandcamp page has been described as the greatest industrial album of all time by at least a few people. Personally I wouldn't call it industrial, but it is indeed one powerful fucker of an album, which I would recommend to anybody with a taste for spooky electronics.

Ooh ooh - I also play on Housewife's Choice which is on Kollection 78-95 so you need to buy that one too in order that your archive of all my mighty deeds remaineth complete.

Posted by Lawrence Burton at 21:17 No comments: