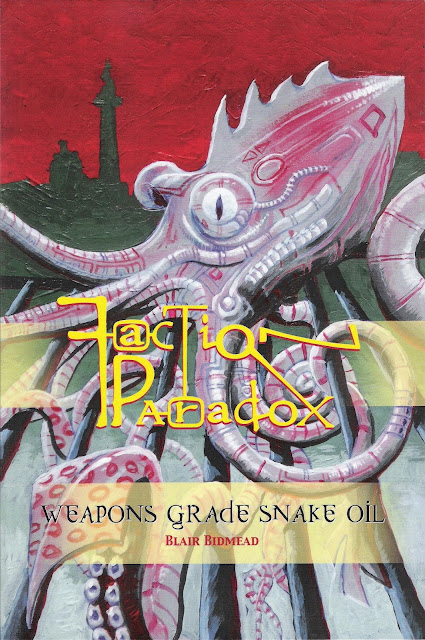 There's another book out for which I painted the cover, namely Weapons Grade Snake Oil by Blair Bidmead, A Faction Paradox novel and thus part of the series for which I wrote Against Nature - which I only mention in case you never bought a copy but always meant to, perhaps even telling me I must buy a copy of your novel when it's published over and over, apparently having been thinking about something else all those times I told you that the fucker came out nearly five bleeding years ago...

Anyway, Faction Paradox should probably require no introduction, but if it does you should be able to find something here. Weapons Grade Snake Oil is great, and is probably as good (not to mention lively) an introduction to the series as you will find, so it gets my recommendation (and I'll be posting a full review here at some point) and you should purchase your copy or copies here, from Obverse Books.

While we're here, I tend to take photographs of my cover paintings as I'm working on them, documenting different stages mainly so as to have some sort of restore point in case I screw up (which is itself sort of pertinent to Weapons Grade Snake Oil, although you'll have to read it to find out why), so just in case these are of any use or interest to anyone: 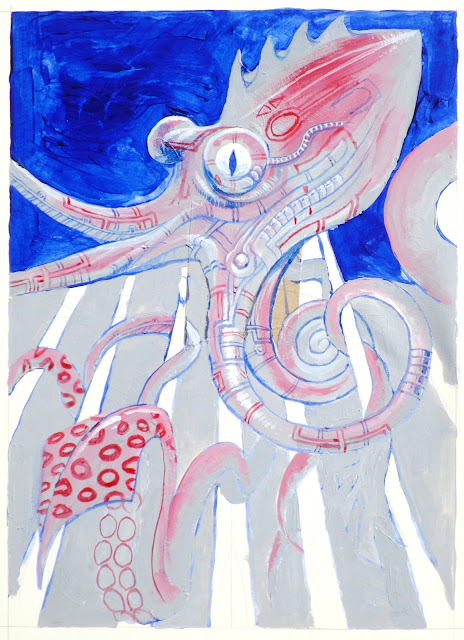 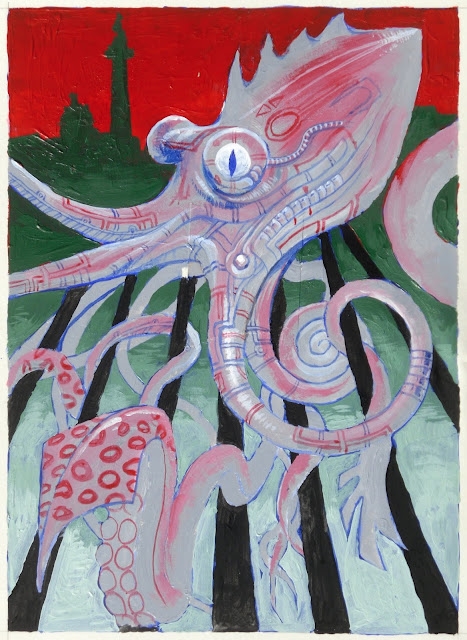 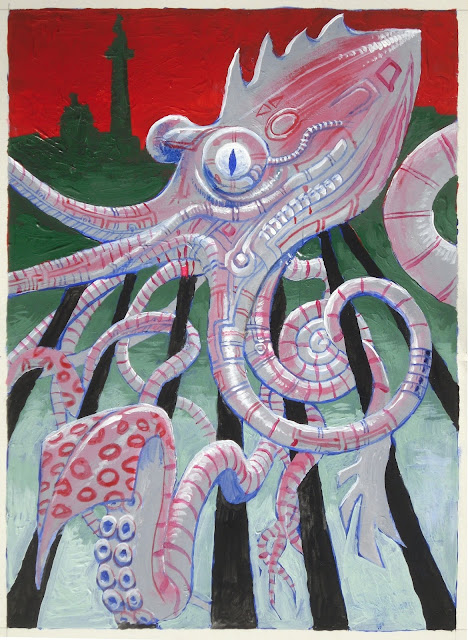 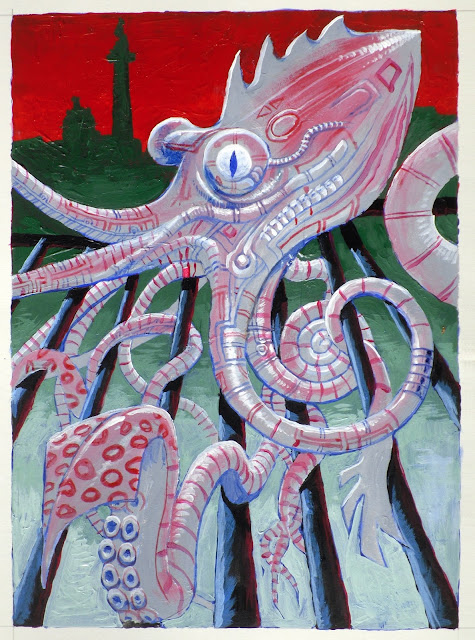 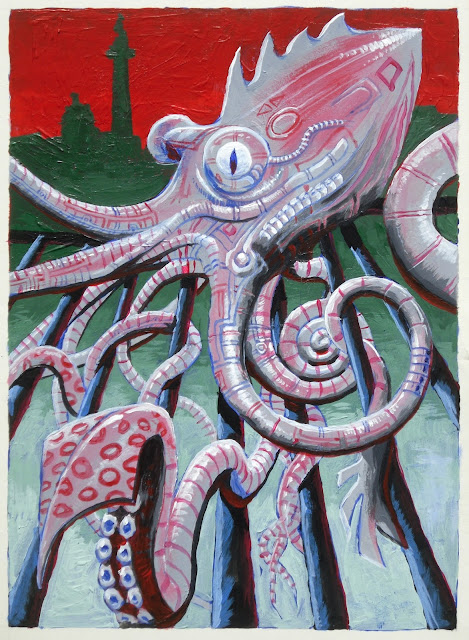 Don't say I don't never give you nuffink.